Things at the Art Shed are progressing weekly, thanks to perseverance and hard work.  This week Steve Anderson and Ron Talbot hung the ‘trays’ that will hold the gallery lights for the exhibition area of the Shed.  Getting gallery lights will be a big achievement as it means CAAS can finally have its own exhibitions again.  We are planning a social evening next Friday 2 March to watch an art DVD on our lovely flat screen TV, so bring a plate or grab something at the supermarket after work and come along at 5.30 for a casual evening and to admire our shiny new shed!  We will be in touch with a reminder about this before next Friday.

If you have the experience or confidence to be a courtroom artist for the accused on Monday, 27 February, the ABC is looking for someone at 10am for a couple of hours.  It is paid work but we do not have the rates available.  For more details contact Alison at the ABC 89504730.

If you’ve been thinking about bringing your ‘inner artist’ out to play, have a think about joining one of the CAAS activities at the Art Shed. END_OF_DOCUMENT_TOKEN_TO_BE_REPLACED 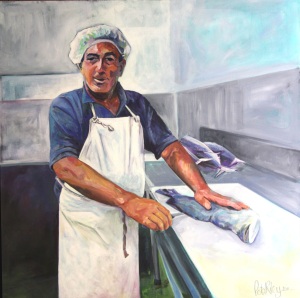 The Speaker of the Legislative Assembly, The Honourable Jane Aagaard MLA, today announced the dates for the 2012 Portrait of a Senior Territorian Art Award and Exhibition.

Mrs Aagaard said the exhibition would be on display in Parliament House from Friday 27 July 2012 to Wednesday 15 August 2012 with the Award winners being announced on Wednesday, 1 August 2012..

Mrs Aagaard said that artists entering the Award have the chance of winning the Government House Foundation Acquisition Award of $7,000.

“The Parliament also provides a $2,000 Second Prize and a $500 Third Prize, in addition to the $1,000 People’s Choice Prize for the artwork that receives the highest number of votes from the public during the exhibition.”

The 2011 winning artist was Mrs Peta Riley from Darwin for her portrait titled Ziko, and features Darwin man Ziko Illic.

Entry forms, including terms and conditions, are available at http://www.nt.gov.au/lant/parliament/parliament.shtml, or by contacting the Speaker’s Office on (08) 8901 4159 or emailing LA.speaker@nt.gov.au.