Congratulations if you have entered the prestigious ‘Advocate Art Award, 2019’.

Delivery of entries: (Late deliveries may not be accepted.) 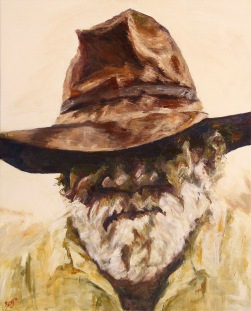 A Man and His Hat

Through a series of impressionistic portraits, the significance of the iconic stockman’s hat is presented as a tribute to the bushmen of Central Australia.

‘A hat defines a man in terms of identity and lifestyle, and much careful deliberation goes into the choosing of this treasured item of male attire’

You are welcome to come.

Poetic fragments from the journal of musician and artist, Carol Adams, spanning the closing months of a year in the remote desert town of Alice Springs. Introduced by Dougal Beattie.

Astute observations…. shine through Carol’s diary as she prepares to exhibit her paintings. Her healthy self-doubt is balanced by agile and sure prose that has an inviting, chatty confidentiality. Rod Moss

Yes, it’s on again this year! If you missed it in 2015 then ensure you catch the exhibition this year. 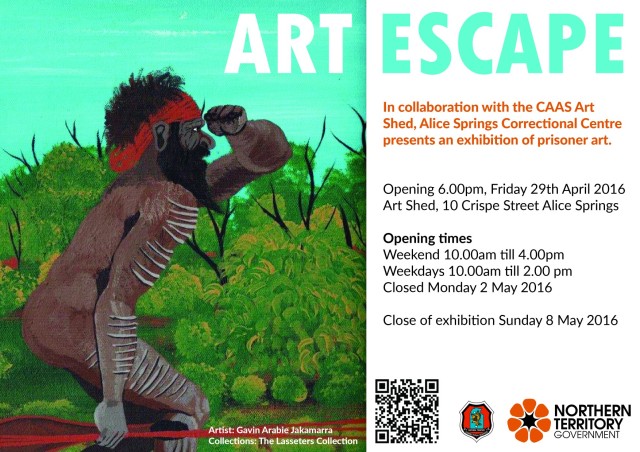 Sunday’s session was small but highly enjoyable! Maybe a few more will join us next time on October 7th. Details soon.

We are running out of time during the current milder season to share some outdoor artistic and social time together with En Plein Air.  Members and friends are welcome to join us this Sunday at Emily Gap. We will meet after 3PM in the carpark at Emily Gap for some art and a social.  If you are running late look for us scattered about! Bring your art materials as you need.  Emily Gap is outside the Restricted Areas so you are free to bring a vino to enjoy with your snacks that can be as simple or elaborate as you so wish. These we normally share after a time of drawing/painting .. whatever.  Remember a hat, water and a stool. Contact a committee member if you wish to borrow an easel.

En plein air  is a French expression which means “in the open air”, and is particularly used to describe the act of painting outdoors, which is also called peinture sur le motif  (“painting on the ground”) in French.

Images from the Wikimedia Commons.            Commons is a freely licensed media file repository.

Artists have long painted outdoors, but in the mid-19th century working in natural light became particularly important to the Barbizon school and Impressionism. The popularity of painting en plein air increased in the 1870s with the introduction of paints in tubes (resembling modern toothpaste tubes). Previously, each painter made their own paints by grinding and mixing dry pigment powders with linseed oil. The Newlyn School in England is considered another major proponent of the technique in the latter 19th century.

It was during this period that the “Box Easel”, typically known as the French Box Easel or field easel, was invented. It is uncertain who developed it first, but these highly portable easels, with telescopic legs and built-in paint box and palette, made treks into the forest and up the hillsides less onerous. Still made today, they remain a popular choice even for home use since they fold up to the size of a brief case and thus are easy to store.

We will contact all entrants to The Advocate on Monday 16th July when we are certain that we have received the closing mail last Friday. Online entries have now closed.

If you claimed the member discount and reduced sale commission, please ensure that you are financial. It isn’t too late to still become a member and obtain the benefits!

Some entrants have sent membership monies but have not completed the membership form (go the the Membership tag above ). Others have claimed membership but are unfinancial. Membership renewal was due July 1.  I will advise further by email on the 16th.

There are a couple of important changes to the Award this year that members should be aware of including: